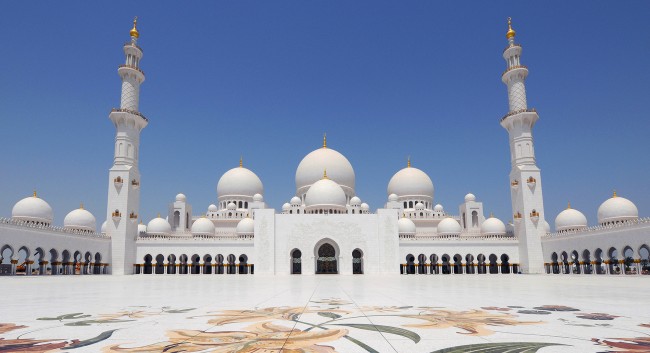 Sheikh Zayed Grand Mosque (جامع الشيخ زايد الكبير) is located in Abu Dhabi, the capital city of the United Arab Emirates and is considered to be the key site for worship in the country. The design of the mosque was done by a Syrian architect named Yousef Abdelky.

Its design and construction reportedly ‘unites the world’, using artisans and materials from many countries including Italy, Germany, Morocco, Pakistan, India, Turkey, Iran, China, the United Kingdom, New Zealand, Greece and of course the United Arab Emirates.
More than 3,000 workers and 38 renowned contracting companies took part in the construction of the mosque. Natural materials were chosen for much of its design and construction due to their long-lasting qualities, including marble, stone, gold, semi-precious stones, crystals and ceramics. Construction began on 5 November 1996. The maximum capacity is approximately 41,000 people and the overall structure is 22,412 square metres, the internal prayer halls were initially opened in December 2007.
As one of the most visited buildings in the UAE, the Sheikh Zayed Grand Mosque Center was established to manage the day-to-day operations, as a place of worship and Friday gathering and as a centre of learning and discovery through its education and visitor programs.

You can find other information about Grand Mosque of Abu Dhabi at WIKIPEDIA. 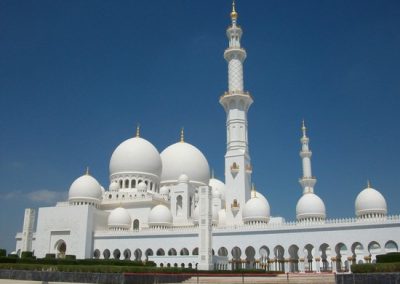 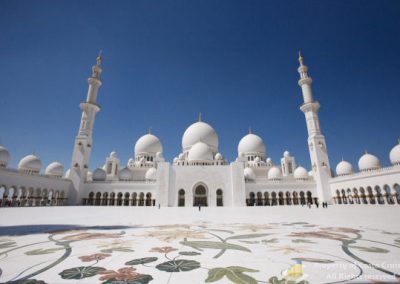 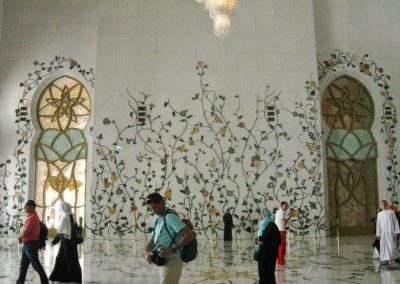 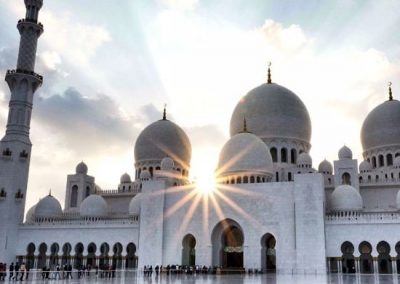 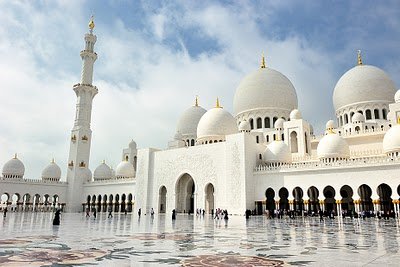 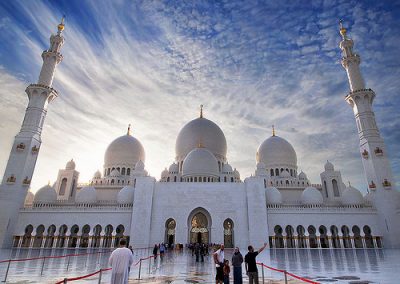 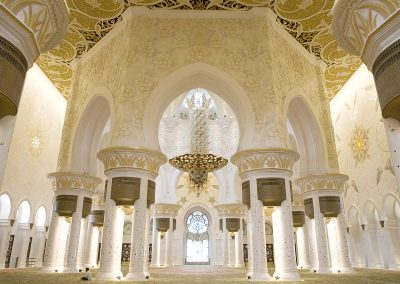 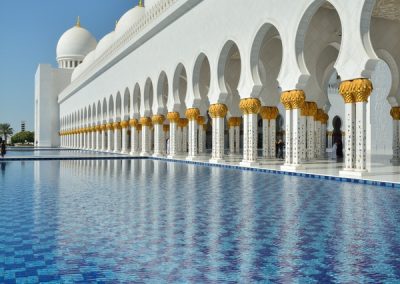 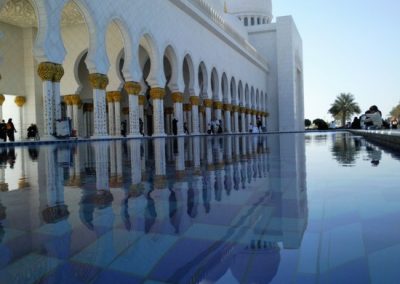 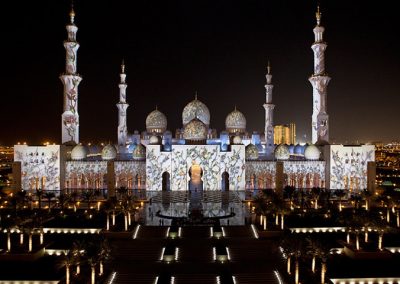